What does hidden polytheism (shirk), that is, associating partners with Allah mean? 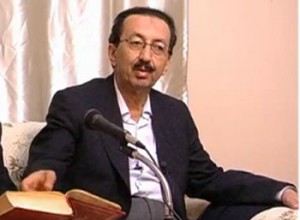 Islam is the religion of oneness. No matter what being we look at, we see the seal expressing, “I can be only the work of a being whose existence is necessary and all of his attributes are infinitive” on it.

Along with associating partners with Allah’s names and attributes, attaching too much importance to causes leads to hidden polytheism (shirk khafiyy)

A tree is a whole with its roots, trunk, branches, leaves, flowers and fruits. It is not possible to attribute some of its branches to other deities; similarly, some of its fruits cannot be attributed to other gods either. This reality, which can easily be seen in a tree, can lead to some wrong interpretations and wrong views when the tree of the universe is evaluated. Each of those wrong thoughts is a different kind of hidden polytheism.

Only Allah is Malik. He is the sole owner of the whole realm of property. If a person acts conceitedly by assuming that he owns the property that is entrusted to him and that he will leave after a while, it means that he has committed hidden polytheism related to the name Malik.

When a doctor treats a patient and the patient recovers, if the doctor regards that good result as his own skill and merit, it means he has entered into the path of secret polytheism in terms of healing. Like all good deeds, healing belongs to Allah; it is His favor and grant. People become means of the manifestation of His name Shafi' with their studies and achievements in the field of medicine and they gain honor with it. When they thank Allah for the positive results they obtain, they are regarded to have worshipped. When they think otherwise, they are regarded to have associated a kind of polytheism with Allah’s name Shafi', which grants all cures.

A person who adopts the fruit trees he cares for and guards as if they are his own work and expects excessive thanks and respect from the people who benefit from them is regarded to have been exposed to another form of secret polytheism. Whoever creates water and soil, replaces winter with spring, and creates fruit trees as miracles of art is the true owner of the fruits. Thinking otherwise means associating shirk with His name Razzaq.

It is Allah who creates all material sustenance; similarly, it is also Allah who bestows guidance, which is the greatest spiritual food. Scholars and guides work in order to be means of guidance for people; they beg Allah and wait for His mercy so that their words will affect minds and hearts. Those fortunate people know that they are only a means, a cause. They regard thinking otherwise as associating secret polytheism with His name Hadi.

It is also secret polytheism to say that the tree produces the fruit, the sea produces the fish, and the bee produces the honey by assuming that causes are influential. The most terrifying one is to assume that the mother and father produce the child.

“...He makes you, in the wombs of your mothers, in stages, one after another, in three veils of darkness. such is Allah, your Lord and Cherisher: to Him belongs (all) dominion...” (az-Zumar, 6)

Those who attribute the creation of man to causes, nature, chance, evolution or matter will be punished unbelievably way for the crime of committing that big polytheism.

“The penalties of this country’s august king are bound to be awesome.” (Sözler (Words))

It is stated in Risale-i Nur Collection that hypocrisy is also regarded as secret polytheism.

Man, who is the vicegerent on earth, starts performing a prayer, which is “the pillar of the religion”, by making an intention saying, “for the sake of Allah”.

Allah is the Lord of all the realms. He is the One that filters and extracts human existence out of those realms with precise measures. The mind, heart and conscience definitely judge together that thanking and worship are for Him only.

When man, who repeatedly states that he "worships only Allah and asks for help only from Him" ​​during prayer, enters social life, he resorts to hypocrisy by trying to make authorized people like him for some minor benefits. Hypocrisy is the opposite of divine consent and it is also a secret shirk to want hypocrisy.

The most irrational type of hypocrisy is to seek the approval and applause of others in one’s worship or Islamic service. It is because man does not gain any material benefits by doing so and, what is more, he suffers a great loss spiritually.