Women obtained the position and value they deserve with the religion of Islam. They attained the peace and happiness they had longed for throughout history with Islam. The Islamic law abolished the practices of excessiveness in the relationships between men and women and established a complete balance and harmony between the two genders. According to Islam, “Men and women are completely equal in terms of being servants of Allah.” As the Prophet Muhammad (pbuh) puts it, “All men and women are equal to one another like the teeth of a comb.” 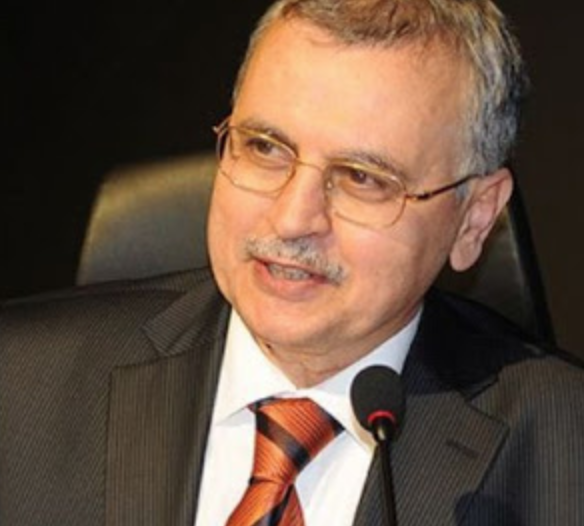 Women obtained the position and value they deserve with the religion of Islam. They attained the peace and happiness they had longed for throughout history with Islam.

The Islamic law abolished the practices of excessiveness in the relationships between men and women and established a complete balance and harmony between the two genders.

According to Islam, “Men and women are completely equal in terms of being servants of Allah.”1 As the Prophet (pbuh) puts it, “All men and women are equal to one another like the teeth of a comb.” 2

Men and women are two parts of a whole. They complement each other. The following verse expresses it very well: “They (women) are your garments and ye are their garments.”3 It is possible to understand the verse in two ways: You are like the garments of each other in two ways; on the one hand, you wrap each other like a garment and on the other hand, one of you covers the faults of the other and makes up for the deficiencies just like a garment covers the faults and protects the body from cold and heat; you cannot be without each other.4”

In that case, even the discussion of whether men or women are superior is irrelevant according to Islam.

After this short introduction, let us examine some customs that Islam abolished in favor of women and the rights it gave to women.

SOME CUSTOMS THAT ISLAM ABOLISHED IN FAVOR OF WOMEN

- Islam rejected the view that women were cursed, which was the belief of Jews and Christians.

- Islam strictly forbade the burial of girls alive, which was one of the customs of Jahiliyya.7

- The Prophet abolished the belief of regarding women as unlucky by saying, “There is no bad luck in anything.”8

- The Prophet ordered men to show great affection, love and care towards women. What is more, there are two separate chapters related to women in the Quran. 9

- The Prophet denounced the feeling of hatred toward girls, which still exists today, and stated the following by praising girls, “Treat your children equally when you present them with gifts; If I were to favor one of them, I would prefer girls.”10

- A companion asked the Prophet who deserved more respect. He answered “Your mother” three times and then said “your father” in the fourth answer.11

We should state that right and duty are two inseparable brothers. If there is a right, there will be a duty. The Islamic Law, which gave women rights and freedoms in the first place and strongly condemned her being regarded as inferior, gave women some rights as well as some duties. Before them, let us remind you the following basic rule, which forms the essence of this issue, about women included in the sermon of the Prophet in the Farewell Hajj, delivered in the presence of 130,000 people:

“O people and my Companions! I advise you to be good about women. They are your life partners. You establish a family home with women who are entrusted to you by Allah. They have rights over you and you have rights over them. Getting along well with them is your most important duty.” 12

The Prophet states the following in another hadith: “Fear Allah related to fulfilling the rights of women. Avoid violating their rights and freedoms because you have taken them as a trust from Allah.” 13

After this generalization, let us briefly review the rights granted to women in the Islamic Law:

Woman’s Capacity to Act: In the Islamic Law, a woman has full capacity to act. She has absolute right of disposition related to her own personal property. She can acquire all kinds of civil rights.

In addition, the custody of the child is given to the woman until the age of seven if it is a boy and until marriage if it is a girl.

Other Rights A Woman May Ask from Her Husband: A woman may ask her husband for mahr. In addition, the husband has to get on well with his wife. Besides, the woman can visit her family whenever she wants by informing her husband. The husband should have a good time with his wife, be cheerful and allow legitimate entertainment. The husband cannot get tough on his wife unjustly and without any reason. 16 The husband cannot reveal his wife’s secrets regarding both sexual life and other issues.

Right of Inheritance: In contrast to all legal systems (with the exception of the Roman Law) and common law at the time when Islam emerged, the Islamic Law gave women the right to inherit. It is based on equality, with the exception of only the two-one system between brothers and sisters. The logical and scientific reasons for the two-one system are explained both in the Quran and hadiths.17 It is not absolute for women to have a relatively small share of inheritance than men.18

Women’s Right to Education and Training: Education and training have a very important place in Islamic society. The woman is the perfect teacher. It is the woman who raises and disciplines children. It is definitely unthinkable for the teacher to be deprived of education and training. The Prophet always encouraged and ordered women to learn to read and write. We remind you that many women hadith scholars, writers, and most importantly, great women lawyers emerged in the history of Islam.19

Right to Work: A woman can do a legal job or trade without any restrictions. She can work in municipal services. She can farm. She can do any kind of jobs that are suitable for her, that are legitimate and that are not contrary to ethics.20

After all this, we should state that although the woman has those rights, the head of the family is still the husband according to the Islamic Law. Besides, that is the principle adopted in today’s classical legal systems. Accepting it like that does not mean that there is a difference between men and women as some jurists claim. The expression of the Quranic verse stating that the husband is the head of the family rejects that claim. The Quran means the following: “Men are trustees over women; they run their business because Allah has made some of them superior to others. In other words, women are superior to men in some aspects and men are superior to women in other aspects. They have different abilities. In addition, men have to pay mahr and alimony from their property.”

After Hajj was rendered fard for Muslims, the Prophet Muhammad (pbuh) delivered…