After Hajj was rendered fard for Muslims, the Prophet Muhammad (pbuh) delivered the “Farewell Sermon” in the hajj he made with 120,000 Muslims in March 632 AD (10 H). Since the sermon was not recorded when it was delivered, it was reported later with different narrations; although there are some differences in terms of the words of the narrations, there is no difference in terms of meaning. 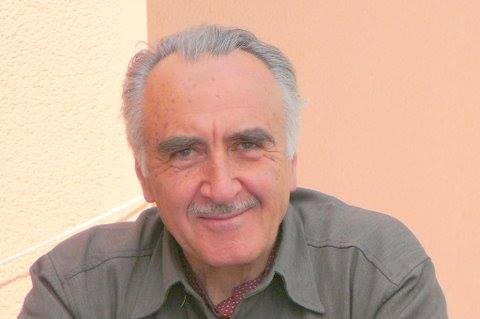 The Messenger of Allah got ready for Hajj in the month of Dhul-Qada and ordered the Muslims in Madinah to prepare for Hajj too. Five days before the end of the month of Dhul-Qada, he left Madinah with more than a hundred thousand Muslims. The Messenger of Allah and more than a hundred thousand Companions uttered with joy and excitement, “Labbayk Allahumma labbayk! Labbayka la sharika laka labbayk! Innal hamda wan-ni’mata laka walmulk. La sharika lak. (Here I am at Thy service O Lord, here I am. Here I am at Thy service and Thou hast no partners. Thine alone is All Praise and All Bounty, and Thine alone is The Sovereignty. Thou hast no partners.)” By repeating ‘talbiyah’, they traveled from Madinah to Makkah; they arrived in Makkah on Sunday morning, on the fourth of the month of Dhul-Hijjah.

The Prophet and his Companions, who performed the circumambulation of visiting and Sa’y between Safa and Marwa and stayed in Makkah on Sunday, Monday, Tuesday and Wednesday, went to Mina on Thursday. The Prophet performed the noon, afternoon, evening and night prayers in congregation and spent the night there.

After performing the morning prayer in congregation on the ninth day of Dhul-Hijjah, he moved toward Arafat together with the Companions by uttering talbiyah and takbir.

Every year, hajjis try to do the same things as the Sunnah of the Prophet (pbuh) regarding Hajj.

The sermon that the Prophet delivered to 120,000 Muslims in the Era of Bliss during the Farewell Hajj in Arafat, where the fard duty of hajj was fulfilled, became famous as the ‘Farewell Sermon’; it set standards for all Muslims and the world of humanity that would not get old and change until the Day of Judgment.

This sermon has been dealt with a lot in the Islamic world so far; maybe most of the Muslims read it or attended the assemblies where it was read. It is still hung on the walls or is always in sight in many people’s homes and workplaces.

In this very concise sermon, the Prophet (pbuh) mentions briefly the duties of married men and women toward each other along with to various issues:

Your right over women is that they must not allow anyone you do not like to trample on the family home.

If they allow anyone you do not like to enter your family home, you can beat them lightly and keep them away.

The rights of women over you are that you must provide all kinds of food and clothing according to the customs of the country you live in.”

I wonder why only this right is mentioned in the Farewell Sermon instead of the other rights of the married men over their wives mentioned in our religious books? How is this right understood by today’s Muslims 14 centuries after that sermon was delivered, and how do Muslims try to practice it in accordance with its meaning in their marriage? Is it not necessary today to make a broad and realistic analysis of this sentence, like the other sentences of the Farewell Sermon?

What did the late Prof. Dr. İbrahim CANAN say regarding the issue?

I had known the late Hadith Professor İbrahim CANAN, who passed away in a tragic traffic accident in Istanbul on October 14, 2009, for a very long time and met him on various occasions. We had known each other for a long time; he was both my father’s friend and my personal friend. We last met in Ramadan and had iftar together in Istanbul a few times. We had a conversation at an iftar where we were at the same table.

Prof. Dr. İbrahim CANAN was a very valuable hadith professor and was very interested in the issue of family. Since he knew French well and did her PhD in hadith at Sorbonne University in Paris, he knew Europe well and he often said that ‘feminism’ was the primary reason for the breakdown of families in the West.

I would like to include a memory of him, as an expert on the issue and the person who was an authority regarding the issue, here in order to remember him with mercy:

A few years ago, I attended a panel discussion on the issue of ‘family’ in Mecidiyeköy, Istanbul, where he and some other speakers discussed. After the panel ended, I asked İbrahim CANAN about two issues regarding the farewell sermon of the Prophet (pbuh).

My first question was why the sentences of the sermon were not exactly the same though the contents of the texts presented as farewell sermons were generally the same.

He explained it as follows: More than a hundred thousand Muslims who listened to the ‘Farewell Sermon’ at that time did not record what they heard; therefore, they did not use exactly the same sentences when they reported what they remembered afterwards.

In our meeting that day, I asked Prof. Dr. İbrahim CANAN the following as my second question because it was also related to the panel discussion in which he was a speaker is: It was about the sentence about the right of a married man over his wife in the Farewell Sermon.

In the books that mentioned the rights of a married man over his wife, the following were generally listed: respect, obedience, meeting sexual needs, supporting and helping the man in the family, caring for their children, etc. What was the reason for and wisdom behind the fact that the Prophet (pbuh) did not mention them at all in his Farewell Sermon but that he uttered only one sentence regarding the issue?

When I asked Prof. Dr. İbrahim CANAN whether the reason for the emphasis of that right with priority might be the fact that it was the most important right of a married man over his wife or not, he responded in a way that confirmed the possibility that I mentioned.

Then, I expanded my question a bit more and tried to get him to clarify the issue a little more through the science of hadith:

“Today, the most important social problem, which is frequently noted, is the breakdown of families due to divorces and family conflicts. Does the husband have the right to prohibit anyone from entering his house, including the closest relatives of his wife such as her mother, sisters and aunt in order to preserve the family structure, which is the foundation of the society, if the husband deems it absolutely necessary?”

“Yes, he does.” Then, he added the following:

“That statement of the Prophet (pbuh) in the Farewell Sermon is general; he does not mention that the woman’s close relatives can be excluded from it; therefore, they can also be included within the scope of the husband’s prohibiting people from entering his home if it is regarded as a necessary measure by the man for the order and continuation of the family structure.”

Of course, that prohibition by the man does not mean prohibiting his wife of “meeting” anybody including the closest family members of the woman; it can be easily be understood both from the knowledge in the religious books and from the Prophet’s (pbuh) sentence regarding the issue in the Farewell Sermon that it means “prohibiting them from coming to his house”.

For, the woman has the right to meet her close family members at least once a week if they are in the same city, and at least once a year if they are in a different city provided that it is not shorter than one week. The man cannot prevent this right of the woman; a man’s right over a woman related to meeting others cannot prevent another right of the woman related to the same issue.

Now we ask: Most Muslims know the ‘Farewell Sermon’ of the Prophet; It is still hung on the walls or is always in sight in many people’s homes. How truly is the sentence “Your right over women is that they must not allow anyone you do not like to trample on the family home” mentioning the right of married men over their wives in this very concise sermon interpreted and to what extent do people try to live in accordance with its correct meaning?

Is the word ‘trample’ in the sentence limited to “trampling by stepping with one’s foot” only as its first connotation in the mind?

We also use the word “trample” in the sense of violating as in the phrase “violation of rights”; we do not mean the physical stepping with the foot. Should the word ‘trample’ in the ‘Farewell Sermon’ not be considered and understood also in that metaphorical sense?

The late Prof. Dr. İbrahim CANAN was a very valuable hadith professor with his knowledge and taqwa; he was particularly interested in the issue of family and he was the person who could answer and interpret that question. According to him, the reason why only that sentence was included in the Farewell Sermon of the Prophet (pbuh) as the right of a husband over his wife was probably the fact that it was the most important right of a husband over his wife.

That sentence of the ‘Farewell Sermon’, which is not emphasized very much, may contain an important remedy for family conflicts and divorces, which are perhaps our biggest social problem.

Instead of getting angry and reacting to that comment, married Muslim women should meditate on it:

To what extent do women show sensitivity and act meticulously related to “not violating that right” of men emphasized in the ‘Farewell Sermon’ against all of the objects that disturb the family peace by entering the family homes physically and that men regard unpleasant including sometimes the closest relatives of women and some harmful television programs along with the means of communication that spread what is wrong?

According to Islam, “Men and women are completely equal in terms of…